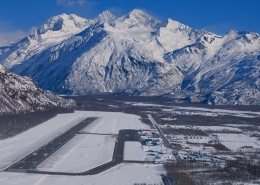 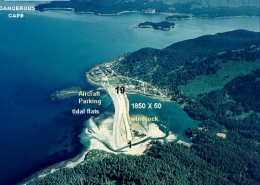 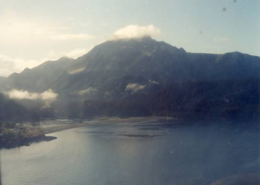 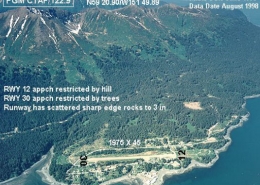 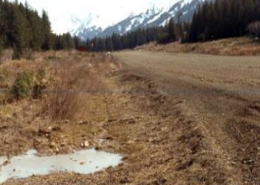 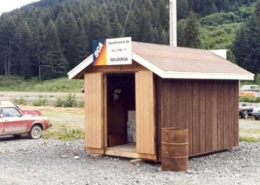 I was not aware of ‘mountain flying’ as a specialty or niche kind of flying, until my aviation career and a flying job took me to Kenai, Alaska, in March of 1991. There, being a newcomer, I mentioned to another pilot that I wanted to learn ‘mountain flying’, as I had no ‘mountain flying’ experience, and he pointed out that most airports in Alaska have elevations of 500’ or less above sea level (MSL’). If I want to learn mountain flying, he strongly suggested that I go to Idaho, where, with the mountains, most airports have higher elevations, 4,000’ MSL’ and higher. So, that said, ten years later, in June 2001 I was finally able to travel to McCall, Idaho, and took the 3-day McCall Mountain Canyon Flying Course! It was 3 days of FUN, and challenging back-country flying!! I LOVED it!! In fact, I highly recommend it!

Mountain flying is also very humbling, as I quickly learned. The mountains DEMAND respect. Mountains, by their nature, ‘create’ weather, with their high, snow-covered peaks jutting up into the sky, disrupting the winds as they spill over and around the mountain peaks and ridges. This creates turbulence, as winds are forced up (strong updrafts) and over the mountains, on the upwind or ‘windward’ side, and then once over the top, this results in strong ‘downdrafts’ and turbulence on the ‘leeward side’. This is an area to avoid!

Mountain weather typically changes with the time of day, as temperatures change during the morning and evening. It’s called the ‘diurnal’ effect, and directly affects how smooth or how rough the ride will be. Thus, it’s best to fly in the mountains at a speed below the maneuvering speed for your aircraft, and fly early in the day, just after daybreak, to avoid turbulence.

Ask any jet pilot about flying into mountainous airports, airports like Aspen, Eagle or Rifle, Colorado, for example. These are very challenging airports for jets, both on takeoff and landing. Their higher elevation (read density altitude) directly affects a jet’s takeoff and climb performance (worsening it) and limiting their operating weights (below maximum weight), in order to meet the required FAR 25 climb performance, in the event an engine fails on takeoff. They require both steep climb and descent gradients to maintain proper terrain clearance on takeoff and landing. Airspeed control and stabilized approaches are a must, on approach and landing.

There are several mountain-flying schools that offer good courses. For any ‘flat-lander’ I highly recommend taking one of these courses BEFORE doing any flying in the mountains. I have mentioned the course I took, which I highly recommend. My testimonial is still on their website. I really need to go back and take the course again! It was both challenging and a lot of fun!!

One of the biggest concerns with mountain flying in single-engine airplanes and the back-country is that you can easily get away from larger municipal ‘airports’, with all of their facilities and services, including possibly Air Traffic Control (ATC), nice, paved, well-lit runways, availability of fuel, hangars, a pilot’s lounge and so forth. Instead, depending where you venture, you may only find small, unattended ‘airstrips’ with a gravel or grass runway(s), that are not maintained. There may be no wind-sock or AWOS/ASOS for weather information. There may also be no fuel. You are on your own! Examples of some of these airstrips that I have flown into many times are on the Kenia Peninsula, in South Central Alaska, across the Kachemak Bay, southeast of Homer, Alaska. They are; Seldovia, Port Graham and Nanwalek.

You will need to do a lot of checking before venturing into the back-country, so you are not surprised. If you have any problems with your aircraft, you will be stuck until you can get a mechanic to fly in to where you are. Or, you might have to carry enough ‘spares’ and be capable of making the necessary repairs so that you can fly out again. Hopefully you will have adequate provisions for several days. You will need to be very resourceful and well prepared. You are camping with your airplane. And It might be a daytime only airstrip.
http://www.mountaincanyonflying.com