John’s aviation career began at Butler Aviation at O’Hare Airport in Chicago, IL. After nine years in Airport Operations at O’Hare Field, he seized the opportunity to take on his first full-time flying job as a Tow-Plane Pilot and Glider Instructor at Hinckley Soaring. In the fall of 1986 John advanced to Britt Airways, initially based in Quincy, Illinois. As First Officer, he flew Swearingen Metro 2, a twin-engine turbo-prop. Flying the Metro throughout the mid-west presented unique challenges in varied weather conditions in and out of airports ranging from busy airline hubs to smaller outlying airports. 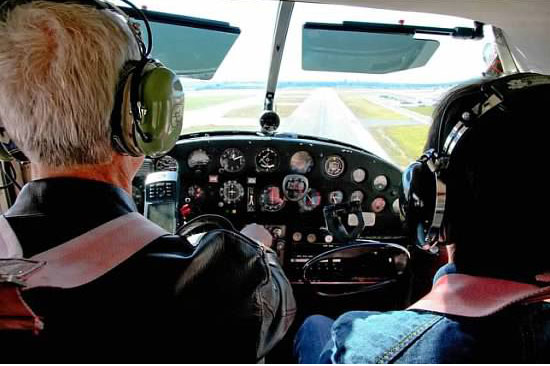 Eager to advance his aviation career, he advanced to ATR-42 and the EMB-120 at Continental Express, Houston, TX, and further advanced to Continental Airlines (CAL), flying the Boeing 727, Newark, NJ.

John subsequently spent more than four years primarily flying in Alaska. In the spring of 1992, he went to work for SouthCentral Air, a small family owned airline, in Kenai, Alaska. John also worked as an aircraft dispatcher for both SkyWest Airlines (1996 – 1999) and Polar Air Cargo (1999 – 2000). He joined the Civil Air Patrol (CAP) where he flew both floats and snow-ski equipped aircraft into remote Alaskan areas. This introduction to ‘bush flying’ contributed to John’s spirit of adventure and a focus on best-practice safety techniques.

John has long been intrigued with tail-wheel airplanes. Since 2004, he has been a proud owner/ partner/ operator of a 1953 tail-wheel Cessna 180. From the tie-down in Long Beach, California, John makes frequent short flights to meet fellow pilots for a quick breakfast at Chino, Riverside, Big Bear, and other destinations. 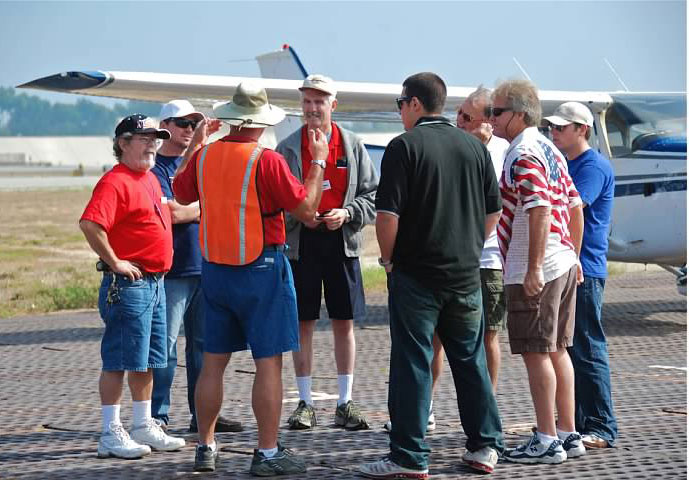 July/August 2022: Flew my Cessna 150 from Long Beach (KLGB) to Oshkosh (KOSH) for AirVenture 2022, and back to Long Beach. Low and slow across the country!

Jan 2014: Named to the Board of Directors: Alaskan Aviation Safety Foundation

2010: Teaming with three other pilots, established a record-setting NAA/FAI sanctioned round trip flight from Carlsbad to Phoenix in a Beech 18

December 2005: Bought into a 4-way aircraft partnership in a 1953 Cessna 180, which is based at Long Beach Airport (KLGB). Still involved with this and fly it when my schedule and the weather permit.