This blog post is in response to a friend who commented to a group of pilots about Special Visual Flight Rules, after the helicopter crash that killed Kobe Bryant. My comments on ‘Special VFR’ (SVFR) are based on my experience 25 years ago when flying in Alaska. 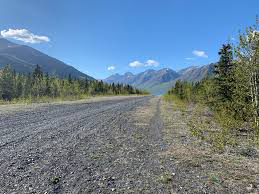 What are Special Visual Flight Rules?

What are SVFR weather requirements?

For airplanes, an ATC clearance to operate under SVFR, 1 statue mile (SM) visibility and remain ‘clear of clouds.’ Remaining ‘clear of clouds’ is a challenge under these conditions. At night, an Instrument rating is also required. And, the aircraft must be equipped in accordance with FAR 91.205 (d), for Instrument Flight. SVFR CAN be done safely, IF you know the terrain intimately, the airspace, etc., and establish appropriately conservative weather minimums for deciding whether to go or not-go. This is no place for ‘cowboy’ flying!!

Case in point, years ago, back in the early 90’s, I was flying for a small FAR 135 operator (SouthCentral Air) in Kenai, Alaska. For those of you who haven’t yet made it to Alaska, Kenai is 50 miles South of Anchorage, on the Kenai Peninsula.

It was at the time a busy tower-controlled airport with a single north/south runway, as well as a seaplane ‘lane’. And a grass runway! Fun stuff!

I was taught how to SAFELY operate under SVFR conditions. I should mention that I had done very little SVFR prior to going to Alaska. So, I used SVFR many (100’s?) times to operate to/from Kenai, after I was taught how to do it, safely!!

We used SVFR to fly to remote, private gravel ‘airstrips’ that were west of the Kenai Peninsula, across the Cook Inlet, where several oil companies had remote ‘bases’ for oil storage, etc. The terrain was generally flat but there were some small hills. I should add, there were no lights, and sometimes, not even a windsock. Just a gravel strip. Really remote! The mountains were farther to the west.

We used SVFR because it was operationally faster and easier to get there via SVFR a short-cut, (west from Kenai) than by filing IFR and going the ‘long way’, north to Anchorage and then back south to these places with names like Drift River and Trading Bay. They did not even have ‘official’ instrument approaches.

But Trading Bay did have a ‘home-made’ instrument approach. It was not listed anywhere. It was a ‘company approved’ instrument approach that had been developed years ago, before I got there. I flew it once or twice. It required the use of an NDB. Scary stuff! 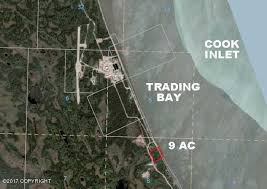 What did we fly?

We flew a Cessna 206 & 207, and a PA-32 (Cherokee 6), Navajo’s and twin turbine aircraft, the PA-T1040 (turbine), mostly single pilot. Steam gauges. No autopilot, except the turbines. Scary stuff! No, actually it was/is excellent practice for developing GOOD PILOTING SKILLS!!! Which includes ADM…

I had lost my job at a FAR 121 air carrier and was able to get a job here. Remember the 1st Gulf War? Jobs were scarce. Quite a transition for me. From 121 carrier to a small 135 operator, single pilot, in Alaska! A very different kind of flying.

Some customers required a 2-pilot crew, for insurance reasons. We had contracts with some oil companies like Marathon Oil, to fly to their privately owned ‘airstrips’ across the Cook Inlet from Kenai. This was back in the days BEFORE GPS, to gravel runways!! These were daytime ONLY, VFR only, Private ‘airstrips’. No lights…no fuel. Maybe a windsock. Not even a CTAF! No one else used them. They would call us and tell us if the weather was ‘ok’ to get in and land. What could they ‘see’ from the ground? VERY unofficial.

They taught me how to do this SAFELY. And NOT cut corners. Management (Chief Pilot or Dir. Ops) ALWAYS knew we were doing these flights. They would authorize the flight, or not…based on the conditions…etc.

If, once en route, I/we realized we could not continue safely, we turned around and returned to Kenai. The ‘180’. I also used VOR Radials and DME Fixes to confirm my position, along with pilotage. Remember, this was BEFORE GPS.

Finally, let me dispel a popular aviation myth. ‘Bush flying’ as it is commonly called, is NOT reckless ‘cowboy’ flying. Not at all! That’s ONLY in the movies. On the contrary, bush flying DEMANDS a higher degree of pilot proficiency. Bush flying is flying to airports or airstrips with limited or no navaids.

Maybe not a conventional traffic pattern, due to terrain. However, with the ever-growing use of GPS, the ‘limited or no ‘navaids’ part is going away. BUT it DOES demand a high degree of pilot proficiency, good or better than average stick ‘n rudder skills, good airspeed control, and knowing your airplane!

My point – as a rebuttal to my friend – and based on my experience flying in Alaska 25 years ago, SVFR really has no place here in SoCal, given the terrain and being the world’s busiest airspace. But, let me add, it DEPENDS where you are! It can be done SAFELY, as I have done it 100’s of times, but not here in Southern California.