Tragically, on August 18, 2022, a mid-air collision occurred  over the runway where two aircraft were attempting to land, at the same time, at Watsonville Airport, KWVI, in Watsonville, CA. Watsonville, is in Santa Cruz County, south of San Jose.

A single engine Cessna 152 was overtaken by a twin Cessna 340 over the runway. Two passengers were onboard the Cessna 340, and one person was in the Cessna 152. Apparently the 340 did not see the 152, in spite of numerous radio calls. Tragically, there were no survivors. 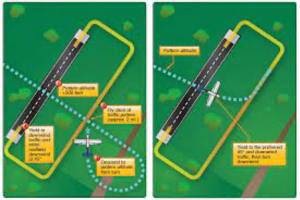 The FAA has an Advisory Circular, or AC, for short, for procedures to be followed by aircraft operating out of ‘non-towered’ airports, where there is no air traffic control tower in operation. It is AC 90-66B, entitled, Non-Towered Airport Flight Operations. These procedures have been in place for decades, since WWII, and are published for all to see.

The FAA has also published information in the (AIM), or Aeronautical Information Manual, section 4-1-9, Non-Towered Airports. But it’s a matter of pilots following the procedures, and some get lax, as might have been the case here. Our thoughts and prayers go out to all involved in this tragic accident.

There are lessons for all to be learned from this. Avoid ‘straight-in’ approaches when there are other aircraft in the traffic pattern. Also, fly the appropriate ‘pattern’ speed for the aircraft you are flying, so as to maintain appropriate spacing between aircraft. That clearly did not happen in this case.

If you are interested in doing any proficiency training in the aircraft you fly, for FAA Wings Credit, contact me. I would be happy to schedule time with you as my schedule permits.

FAA approves use of (G100UL)
Scroll to top