Someone asked this recently on a FB page for student pilots; what’s the difference between “The Pilot’s Handbook of Aeronautical Knowledge”, or PHAK, and “The Airplane Flying Handbook”, or AFH? It’s a good question. Do you know? These books are complimentary. Each alone is not sufficient. 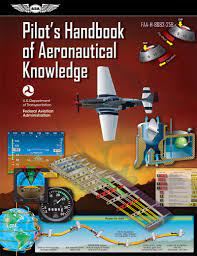 Generally speaking, the PHAK is ‘the big picture’. It was most recently updated by the FAA in 2016. It’s a broad overview of aviation knowledge that every pilot should know. It actually starts out with the first chapter being titled, ‘An introduction to flying’, appropriately enough. Then chapter 2 continues with Aeronautical Decision Making, or ADM, for short. This is especially important now. ADM is falls into another area called, ‘special emphasis’ items. Decades ago, this was overlooked. But after too many accidents, this has become especially important now, whether flying alone or as part of a crew. Following chapters then address the parts of an airplane, the principles of flight, discusses some basics of aviation weather, airport ops, and aeromedical factors.

On the other hand, the “Airplane Flying Handbook” addresses the fundamentals of flying the airplane, and all that goes with that. Like the PHAK, it too was updated in 2016. Starting with the basics, like ground operations, flight maneuvers, stall spin awareness, and continues on up to transitioning to bigger aircraft, complex aircraft, multi-engine aircraft, tail wheel airplanes, and even to turboprops and jets. And now it also includes LSA, Light Sport Aircraft, at the other extreme. 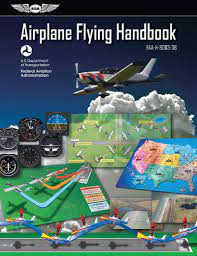 The material in both of these books, as it applies to single engine airplane operations, is important for a student pilot to know and understand. You don’t have to know about stepping up, or transitioning, as it is properly called, to bigger, complex aircraft yet. Take it one step at a time.

These books represent the FAA’s official policy on things aeronautical, and how an airplane is flown, throughout the phases of flight. These two handbooks compliment the other required training and reference materials that any student pilot will need to learn and understand, in the process of becoming a licensed pilot.

Pilot weather briefings, VASI out of service, and globe-trotting aviators

Do you know the difference between the FAR’s and AC’s?
Scroll to top